Most Dangerous Dogs in the world 2021

The American Animal Hospital Association (AAHA) conducted a study and concluded that German Shepherds should one of the most dangerous breeds based on bite severity and frequency of biting. If German Shepard’s bite is said to be o the strongest, it is not surprising because it is true.

Dogs that are larger in size and with short, wide heads were the most likely to bite. These dogs are naturally protective of their owners. German Shepherd can become too aggressive with strangers if it is not properly socialized. This type of dog is responsible for a large number of attacks.

They are considered to be one of the fiercest dog breeds. Rottweiler became popular known as killer dogs as they have been involved in countless human attacks. They are one of the worst tempered dogs.

That’s why they considered unsuitable family dogs. This is especially for families where the owner is not mature enough. In order to avoid its dangerous reactions, they need to be continuously trained and attentive.

This dog is a medium-sized powerful breed. They are basically working dogs, and their power and patience should not be underestimated. Males can get almost as large as 30kg. Generally, they are gentle but if you make one angry, they won’t be very gentle with you.

This dog breed was originated in Germany from boarhounds and other large hunting dogs. It is popular for its size which is up to 200 pounds and its power. It has a good reputation for its gentleness and low aggression.

However, it is so powerful that if it is poorly socialized it can result in horrible injuries. This type of dog can be very gentle if properly trained and. But, if they are not trained and socialized from an early age, they can become very dangerous and aggressive.

It is an immensely strong and heavy-duty worker type dog. They can be 75 to 85 pounds. This dog is very playful, affectionate, and loyal. Alaskan Malamute is a very energetic dog and if the energy does not use positively, they can turn into aggressive dogs.

They should be carefully looked after if we want them to be socialized. Another important thing is that they are a very slow learner, So, we have to be very patient while training them.

They are another powerful and energetic dog. Doberman Pinscher is also known as excellent guard dogs. They are very loyal to their owner and will be very affectionate and protective of the children with whom they are raised.

Their protective personalities and excessive energy can cause them to become dangerous. This type of dog requires a great deal of exercise, training, and socialization. 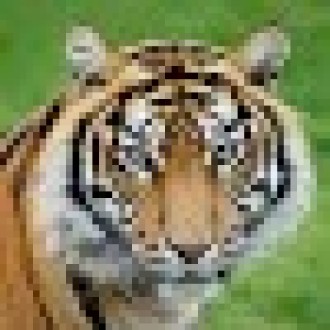